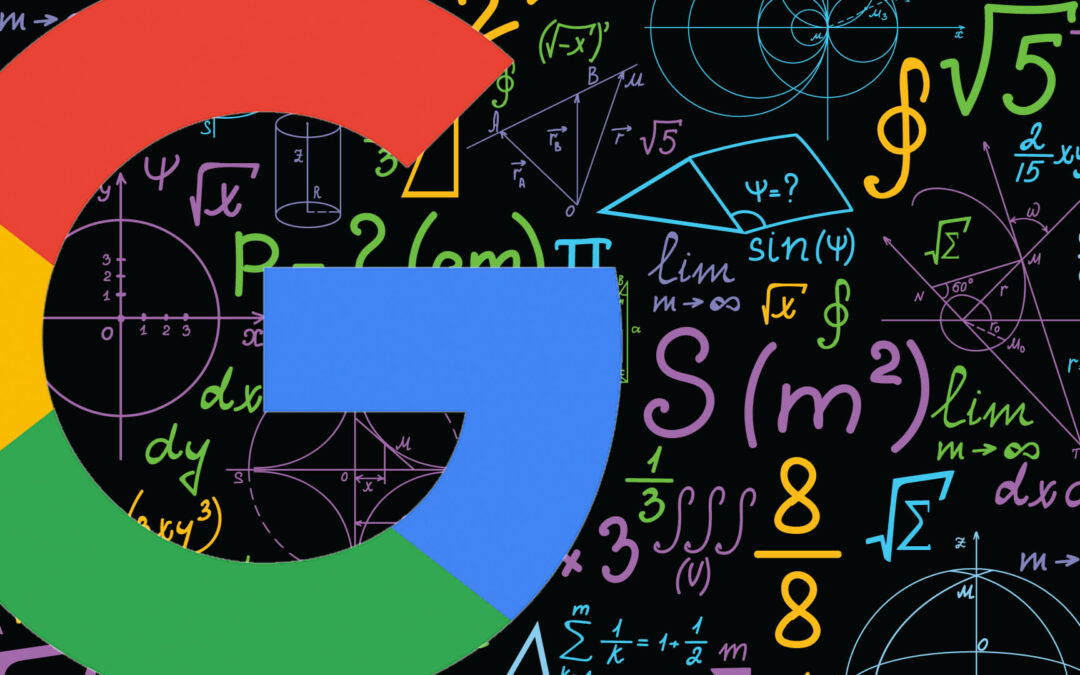 If you’re even remotely interested in the world of digital marketing, you’re probably well aware that this is the battle of the ages. Google’s aim as a search engine is to filter out the vast amount of information and display the most relevant results every time one of its many users makes a query. SEO companies, on the other hand, get paid to increase traffic to the client’s website by improving its PageRank.

The way this plays out is that every time Google makes an algorithm update – specifically geared towards changing the search results – SEO Specialists have to figure out what that algorithm is, what criteria it follows and how to work around it so they can deliver what they promised to their clients. Hence the name – Search Engine Optimization Specialist.

To understand Google ranking methods we first need to clarify what an algorithm is, generally speaking.

An algorithm is a set of rules and steps that determine the process one needs to go through to solve a given problem. To provide you with a visual, you can think of the way you get dressed in the morning. You can’t put socks on after you put on your shoes. You could, but that would mean you have to roll them over your shoes and why would you do that? Applied to computers, it’s a set of instructions that define the steps a computer program needs to take to accomplish a task.

Now let’s apply it to search engine algorithms. The task would be to display relevant results. Those “relevant results” are determined by a set of criteria, a collection of traits a website has to have. Google uses a web crawler to find new webpages by following links it finds on other pages or from reading sitemaps. After it discovers a new page, the next step is to index it which means to analyze the content and add it to its index, its database.

After analyzing the content, Google will also prescribe the page a numerical value based on how many desirable traits it has – this is what determines its ranking in the search results page. That ranking also depends on the keywords use – the words written in the search query – so a page that ranks 5th for one set of keywords can rank 12th for another, depending on how relevant to the search Google’s algorithm deems it.

Why Is SEO All the Rage Right Now?

The reason SEO Services are in such high demand is that almost nobody goes beyond the second page of results. The websites shown on the first page get approximately 95% of traffic.

You’re probably familiar with this pattern. What do you do when you search for something, and you can’t find what you’re looking for on the first page? You change the keywords or at least that’s what the average user does. You try to make them more specific or find a different way of saying the same thing. You don’t start going through page after page and read through the description of each result.

This influences a company’s revenue because it reduces their online presence. Regardless of what products or services they’re trying to sell, all companies try to win the race to the top page.

SEO Specialists are in a race of their own, trying to keep up with Google’s algorithm changes. To give an example, Google changes the algorithm to take into account how mobile-friendly a website is when ranking it. What follows is that sites that previously ranked high but were not mobile-friendly may no longer appear on the first page, getting significantly less traffic if you’re the one charging them for SEO services you’ll need to optimize their website to push them among the most coveted spots.

But not all updates will be as clear cut as this example. The algorithms are not only very complicated but also close guarded secret. Google rarely announces they’ve made any changes unless they are a core update and even then, without going into much detail.

Significant Updates and How They Impact SEO

In the beginning, Google was only making a handful of updates, but now there are thousands per year. In 2018 there were 3,234. Most of these are just small changes that don’t have such a significant impact on search results.

The latest major update is called BERT, which stands for Bidirectional Encoder Representations from Transformers and is based on natural language processing. They announced it in October 2019 and explained that this is the most significant change in their search algorithm in the past five years.

The idea is to guess the intent behind the words used in the query. So regardless of what specific terms are used, to figure out what the user is looking for.

It’s still unclear how this will affect search results since it’s such a recent update, but we think it will mean that the content will be linked to a topic rather than keywords. So, if the content of a webpage is strongly related to the subject, the intent behind the words used as a query – it will appear higher in the results. This would have the most significant impact on the content that isn’t really about the topic but uses the keywords in the context of another topic. We’ll have to wait and see the effect before coming up with new strategies.

Another recent update, in 2017, was Fred – the name was given as a joke, it’s not like BERT – which wasn’t officially announced, nor was there any explanation as to the purpose. But from analyzing the effects it had on search results, it seems to have been aimed at aggressive monetization strategies. Sites with a lot of poor-quality content and with many ads as this placed generating revenue above user experience.

This meant that to rank higher in search results, you had to cut back on affiliate links in favor of high authority ones and keep the content relevant and informative to the user.